The IBM PS/2 Model 50 is a special computer for me, as this was the model that was used in the computer lab of my elementary school, apart from a couple of IBM XTs (or ATs, I don't remember). My unit is almost complete, with a matching 8513 12" colour monitor and a Model M "clicky" keyboard. I'm only missing the appropriate IBM mouse. It was made in 1987 and has a 286 at 10MHz, 1MB of RAM and a (today non-standard) ESDI hard disk with a whopping 20MB. The case is wonderfully engineered, everything can be disassembled without tools. It even comes with a small plastic thingy to help loosen the knobs that hold together the parts of the case. After all, the power switch makes one of the most satisfying "clunks" known to mankind! 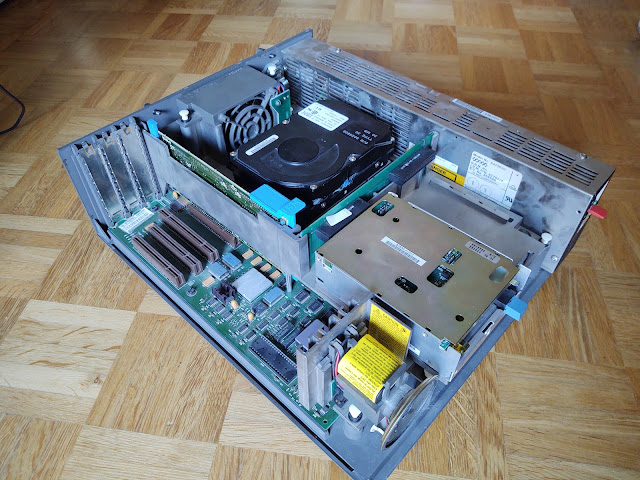 I had been on my father's Sanyo XT clone on rare occasions, but, this was probably the first computer I made some "educated" moves on. The computer class in my school was so popular that every pupil could only attend for one semester. We learnt that a computer consists of a base unit, monitor, keyboard and maybe a printer and the basics of MS-DOS: creating directories, moving through them and creating, copying and moving files. But honestly, this is the only thing I remember being taught. Not much for a whole semester. What I remember vividly though is the noise and heat of 20+ computers, monitors and children and playing Prince of Persia, Where in the World is Carmen Sandiego (German version), Wheel of Fortune (German version) and a racing game, maybe Test Drive. One day, I persuaded my father to give me a box of 5 1/4" floppies to copy all the games from the school's computer (using my newly learnt copy commands). Nobody thought of piracy these days and I doubt that the games in school were legit in the first place. But thirty years later, I still can't get past level 3 of Prince of Persia.

A couple of weeks ago, I took my Model 50 out of storage to play a little around with it, as I want to buy a copy of The 8-Bit Guy's Planet X3 and thought this was a fitting machine for it. Unfortunately, it would not boot off the hard disk. I inserted a DOS boot disk, drive light came on and it made some searching noises. After a while, it started the onboard BASIC. Bad sign, this only happens, when it can't find a boot disk at all! I tried the Reference Disk, which is the PS/2 way to enter the "BIOS", but no luck with that either.

An online search revealed that apparently lots of disk drives of the PS/2 series have similar problems. Like most electronic devices of this age, they are plagued by leaking SMD capacitors. Fortunately, on my drive, there were only three SMD caps on the lower PCB: two 1uF/50V and one 10uF/16V. The upper PCB has two regular 47uF/16V caps. I replaced all five caps, lubed the rails a little bit and "Bingo", the drive can read disks again! It pays to have some spare SMD caps around! 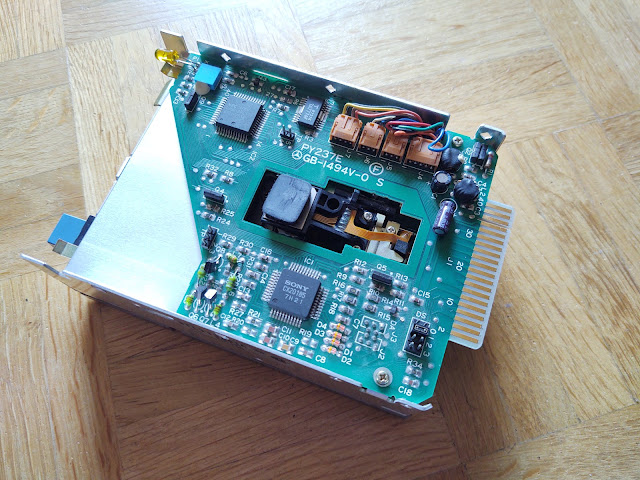 But the hard disk still would not boot and, just like I remembered, ScanDisk showed lots of bad blocks already recognized. All in all, scanning the surface and eventually, low-level formatting took me nearly two days and showed that head 3 produced only errors. This leaves only about 15 out of 20MB but even the blocks that tested good take longer than usual to access. This drive is obviously at the end of its life. Unfortunately, it is hard to replace these drives. Why did IBM have to go proprietary with everything on this otherwise lovely machine?!